STORY: Lost In The Woods- Part 1 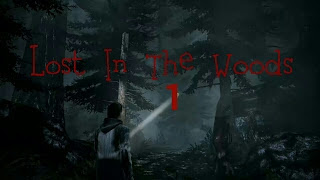 'Birds whistling' as my eyes welcomes the morning sun. My skin covered with thick mud and wet grass. I sneezed twice and then sneezed again as a result of the irritating dust particles tickling the inside of my nose. I noticed a static red fluid on the left hand side of my trouser, i must have had a dip cut right through it. Where am I? How did I get here? How do I get out of here? All this were questions puzzling me. Touched my trouser pockets trying to get a reach of my phone but it is gone, my wallet?gone. I tried getting up but shouted, the pain I felt in my left increased. I sited some marshmallows close to a swamp right in front of me which I grated and applied on the wound and used a leave to tie it.

After a while I got up and managed to walk a little. Just kept walking and walking without a direction. I was lost in the woods with no way out in sight. I know why I am here but don't know how I got here, but something within me knows I'll be here for a very long time. The woods is quite lonely and quiet. All I see are bushes and swamps, the birds singing, butterflies and dragonflies, as well as some...'kpa'(hitting my skin), oh! this one is just a sandfly. Okay, back to what I was saying before I was rudely interrupted. As well as some other insects I do not know of.


Been wandering for hours now and my stomach begins to rumble. I find myself searching for the glories of the field as hunger defiles my stomach's care. But something facinating happens, I can't believe it. I was filled with joy and contentment instantly. This joy I feel inside me last existed when I said 'I Do'. But it wasn't my wife in front of me, neither was it a woman, nor a man, nor a way out. It was a banana tree. This is something I need right now. I got close to the tree and tried shaking it, but I saw 3 ugly looking monkeys eating the bananas, one on the left, one in the middle, and one on the right hand side of the tree. The one on the left is very black and it has extremely long limbs, making it look like a spider. It also has thick hairs covering its entire body apart from its face and a very long tail. The one in the middle has black shoulders while its back is yellowish orange. The hairs on his head is black but has a white face. The hairs on its body is not as thick as the monkey on the left but it sure has a very hairy tale. While the one on the right has a very black face with white fringe of hairs on its forehead. The rest of its body has a shade of Gray, and funny to say it was clapping at the sight of me. Not like I look anything like it (for the record I'm cute), well, maybe only the monkeys have the answers to that.

I kept hitting the tree so some bananas can fall off but they didn't, rather I created a monkey mob. They groomed their tools (bananas) ready to attack, which they did. They rolled and stoned me with as many bananas they could get of which I took pleasure from their anger as I was able to have enough bananas to eat. The monkey on the left with a long tail was very effective. Whenever he flings with its tail it goes straight into my mouth. I never got tired of eating every part of their mysterious anger.

When I was done I continued my blind journey. Looking for a way out of the woods as the same questions kept bugging me. Are they still after me? How is Janet feeling right now?
Has she found out the truth? Does she think I'm dead? How do I... 'coo-oo'(a dove sound)... A flock of white lovely doves just flew pass me. It suddenly occurred to me that the best way to get out of here was to follow them and so I did. They kept singing as they flew by, but the tone of the music they sang was a very sad one. I was so touched by the tone that everything I had gone through kept coming back to me in a rush. I lost all hope of getting out of the woods as I couldn't keep pace with them. My left leg began hurting again and I became distracted with the song, my thoughts, and the pain that I stumbled upon the root of a tree. I fell down, stirring at the free birds singing and flocking away. Though I learnt the song, but I am still right here lost in the woods.


If you enjoyed this post please kindly drop your email address on the comment section. You'll be notified once a new part is released.
POEM- Lost In The Woods 1 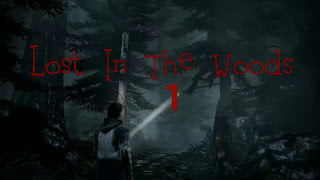 POEM: Lost In The Woods- Episode 1

Once again one Monday morning Feelings of dew as the sky ain't sunny Lost again in the greenish woods Crying and running as far as I could I let the wind lead my way As I dashed through nature's bloom of youth; The glories of the field be it where As hunger defiles my stomach's care Up on a tree a modern Erectus Eating all bananas while my stomach booes A shake on the tree, it grooms its tools It rolls and throws, I've never felt this happy; I for myself became a tanker Eating every part of its mysterious anger Up again I began walking Looking for a way out of this prison As I dread in fear Giving way to lots of tears; A white lovely dove cross my path A chase at it was yet a fact A song it sang a song of hell As I lost all hope right down I fell Off it went though the song I learnt But I'm still right here lost in the woods. WILL UVOH 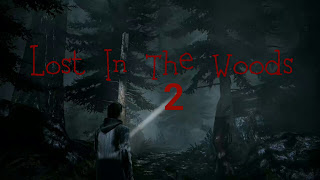 STORY: Lost In The Woods- Part 2

I was abandoned by the flocking dove as my foot striked against the root of a tree. They sang a sad song which I hummed along till I fell asleep. The smell of the wind was like the smell of a very good rum. The last I tasted was on the raid day. I can still perceive the intoxicating smell of it some 2 days later.  It's a very airy day and the trees are dancing in style. I call it a dance because the wind set the tone and the leaves waver.  What's the agenda for the day? Oh, it's the usual, 'Operation FIND A WAY OUT'. If only I could have access to a phone or Internet, living in the woods wouldn't be so bad. What do you do in a place like this with no one to talk to, no Internet, no shelter, no nothing. Well! I decided to throw stones and see how far they went and what sound they made. I did that for about 3hours (Mentally, like, as in, who's counting). When I got tired of throwing stones I decided to climb trees and sang as many songs I could recall